I can't believe it's been 10 years already since I was on vacation in Florida with my mother when we saw on CNN that the space shuttle Columbia had broken up over the southern United States. Ten years ago this week, we didn't have Twitter or Facebook and we didn't have smart phones. You just got into your car, and went to the scene at Cape Canaveral and did your best to cover the story. Which is what I did, for CTV News Net (that's what it was called in those days).

Here is the account I wrote for the Canadian Association of Journalists' Media Magazine of my Columbia diary, in 2003.  Go to P.24 in the PDF. Or read it here. 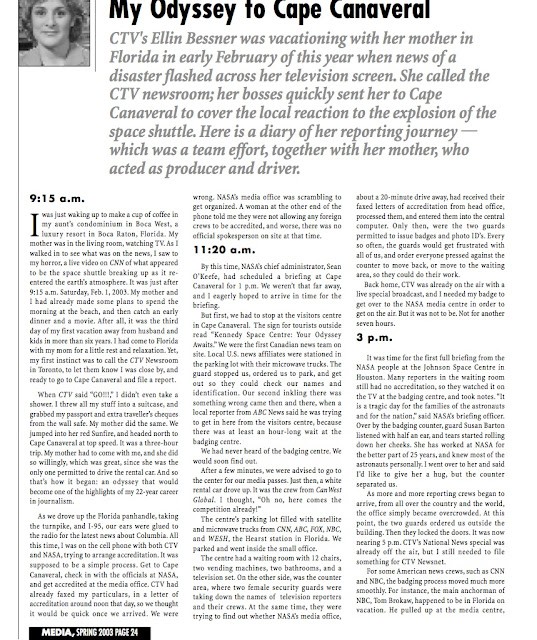 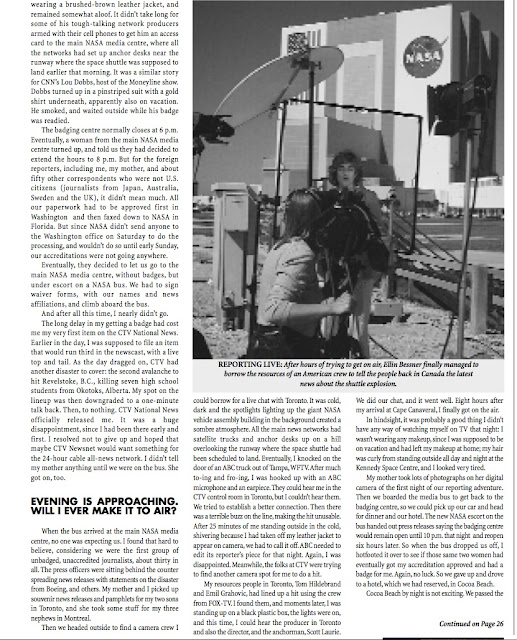 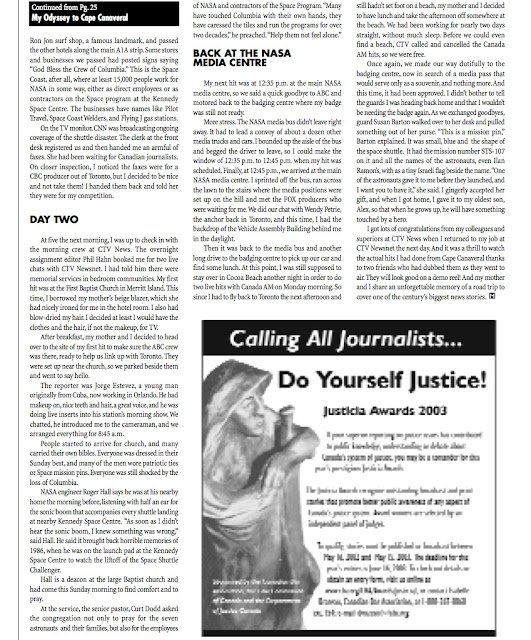