Shoot and edit with Imovie app: doing TV news on your iPhone and iPad 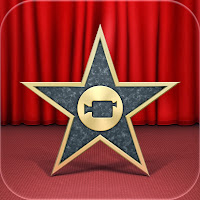 What's the best kept secret at Centennial College's East York campus?
That was the assignment we gave to dozens of journalism students this week at Centennial College, in a workshop designed to teach them how to shoot, edit, and file a news story quickly, while they are in the field, using their Iphones or Ipads.
It's a skill they need to know, in this fast-paced world of live, breaking, 24/7 news.
On hand to help train them Friday afternoon Oct. 18, were George Browne, Global News.ca's managing editor, Kevin Buffitt, video guru extraordinaire at Global News, Abbas Rizvi, of Apple Canada, who brought 20 fully loaded iPads and minis for the session, me, and Rohan McLeish, freelance cameraman, and my teaching partner in the Intro to TV News courses here at Centennial Journalism in Toronto.
In 2003, when I was in Florida on holiday, and the Columbia space shuttle blew up, I rushed to be on the ground at Cape Canaveral to cover the aftermath for CTV News, but I had no crew and no camera. Just my cellphone with no camera (obviously, in those days). And a notebook.  In order to start broadcasting for CTV News, it took me nearly the whole night just to find a satellite truck from ABC News to borrow, in order to do a 3 minute hit with Scott Laurie back on the anchor desk in Toronto.
Read my article here about the Columbia disaster
Nowadays, with an Iphone, or an Ipad, and one $4.99 app, Imovie, a reporter can begin storytelling immediately, from wherever they are, like the vlog which this Global News reporter Emily Baron Cadloff  emailed in this week from the scene of a violent protest in New Brunswick.


After a brief introduction by George Browne, who explained the growing popularity of online news with consumers, Kevin Buffitt showed some examples (like the one above by Baron Cadloff) of videos which Global News reporters regularly send in during the day.
Browne explained that no longer do reporters get to work all day on one "perfect" story for the evening news.
Instead, it is constant Tweeting, sending in photos, sending raw video by email, sending VLOGs, updating the newsroom, engaging with the audience.  All of this forms part of the as-it-happens reporting now being practised in the industry.
McLeish then gave a master class on how to shoot video with a mobile device (landscape mode with the camera at the too, not vertical), how to use your body as the zoom, get in close, lock your arms, pan slowly.
And I taught them how to tap the screen and pinch to autofocus and white balance.
Then we sent them out, in pairs, to shoot a story in 30 minutes: What is the best kept secret at Centennial's East York campus?
By 3 p.m, they were all back, flushed with excitement about the hidden secrets they had uncovered.
Armed with this handout, which I'd prepared for them, relying on previous experience and an excellent pdf courtesy of O'Reilly Books and Abe Handler, the students sat in their pairs, and began assembling their stories.
We had told them to aim for 1:40 to 2 minutes total, with supers, b-roll, and a voice over.

Note: IMovie allows you to record your voice directly onto the audio timeline, add supers, and even put b-roll on top of an interview. That last one is a little tricky to master, and it doesn't work on Iphone 4s.
In the end, despite some glitches, and a near miss when I tried to hand one of Abbas' iPads to him, but dropped it on the floor, (thank goodness it didn't break!) we got some great pieces from the students.
Here are just a few of them.


We will put them all up on our secure servers, let the TV News students vote "Canadian Idol"- style, and the winner of the best video will receive a fabulous prize from Apple, courtesy of Abbas (no, unfortunately it isn't an Ipad.)