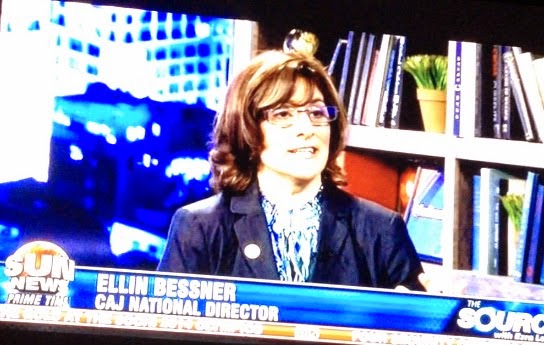 As a national director of the Canadian Association of Journalists, I was invited to speak Thursday on SUN News Network,  about our earlier news release, which condemned the conviction of Al Jazeera journalist Mohamed Fahmy and his colleagues by an Egyptian court Monday. It asked Prime Minister Stephen Harper to be more vocal in working for Fahmy's release.

I participated in a short interview on the show "The Source" with Ezra Levant.

Here is the clip.